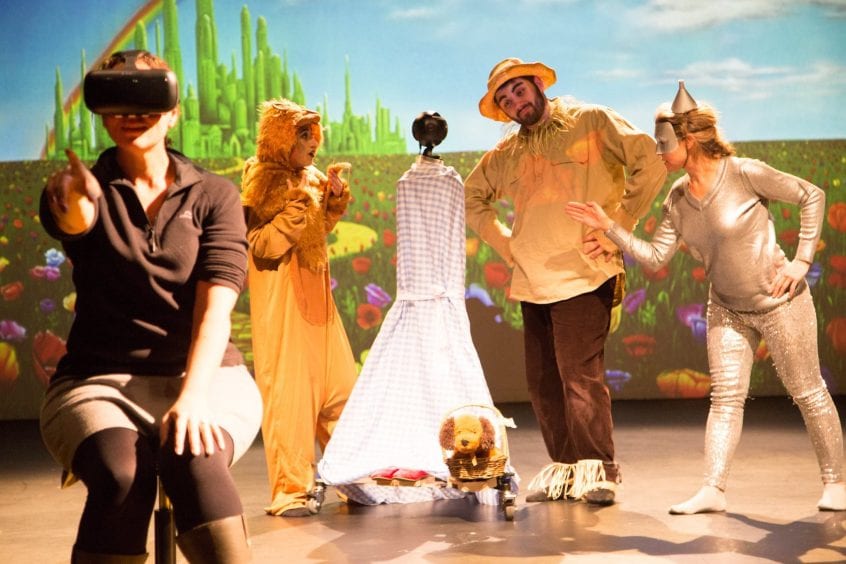 Is there more to being an audience member than just sitting in the dark?

Yes, audiences play an integral role in live theatre, but how can you shift an audience member from “viewer” to “player”, where they could interact with actors on stage by taking on a leading role?

The above image shows actors in a scene from The Wizard of Oz, with the Virtual Actor in the role of Dorothy through technology. By using the notion of fusing both Virtual Reality and Live Theatre’s immersive understanding of ‘suspension of disbelief’ the Virtual Actor project was born.

How do we enhance the audience experience in the digital world without losing the visceral feeling of live theatre?

In this video, I share my recent research, The Virtual Actor, which was an experimental research project using scenes from The Wizard of Oz where an audience member took on the role of Dorothy, in a live stage show, without having to get up on the stage.

I discuss Virtual Reality (VR) as capable of immersing the viewer in the 3D visual and auditory space, witnessing a pre-recorded environment or scene from a predetermined vantage point. I then offer challenges I faced when attempting to push the boundaries of VR technology to step outside the realm of "pre" and into the immersive action of live theatre to turn the “viewer” into a “player” so they can interact with live actors on stage.

The central goal was always to give the audience “participant” the experience of being an actor on a live stage. I now aim to share this experience through my pre-recorded version of the show (the "App") to gauge its potential for future research. 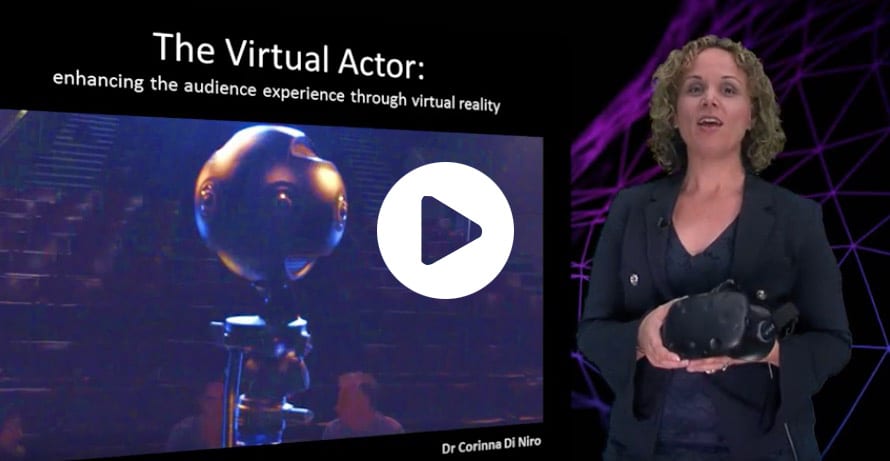 Corinna was honoured to be asked to present this research at a TEDx talk in 2019.