Learn the secrets of the stage with Corinna...

"Dr. Di Niro is one of the most prominent and innovative practitioners and researchers in the field of Commedia dell'Arte in Australia." (Barry Lenny, 2020)

Corinna Di Niro has made a substantial name for herself over many years performing to and educating many in Commedia both locally and around the world, but her exciting career has encompassed numerous other areas of the dramatic arts as well.

The path to Commedia dell'Arte...

A passionate performer since childhood, Corinna has worked in just about every acting genre, enjoying success on stage and off-stage.

In her early 20s she landed a off-stage role with Cirque du Soleil where she witnessed the non-acrobatic Commedia dell'Arte Cirque performers for the first time and fell in love with the idea that she could perform in shows like Cirque without being an acrobat. A Cirque performer gave her the tip that becoming a specialist in Commedia dell'Arte was the way to go, and she jumped straight in, travelling to Italy to study Commedia dell'Arte and Comic Acting with world-renowned Antonia Fava, and her illustrious Commedia career began.

Corinna feels honoured to have been able to learn from such a revered master of this art form, and over the years a mutual respect and strong friendship was formed, with Antonio and Corinna collaborating on various commedia projects. Antonio and his wife Dina were both delighted to share in celebrating Corinna's wedding by sending her a short commedia-inspired wedding message. 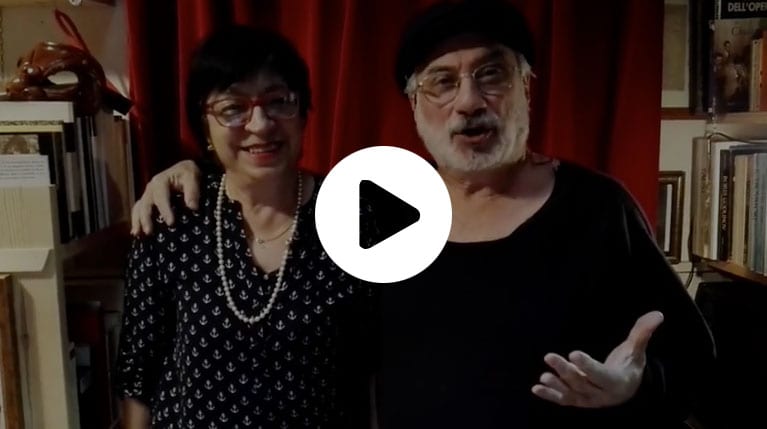 Commedia and beyond – a master performer and educator...

The trip to Italy to study under Antonia Fava was partially funded by the Italian Consulate, so on returning to Australia Corinna performed for them at Carnevale (a yearly Italian Festival held in Adelaide). This was serendipitous because a teacher saw Corinna's performance and asked for some advice in teaching Commedia to secondary students.

Thus began a career path servicing the Italian and Drama teachers around South Australia. Corinna worked with professionals who were tasked with finding creative ways to teach the Italian language, culture and history to young people. With the great success of these collaborations, it was a natural progression for Corinna to be invited to work in a similar capacity with drama teachers and students, which led to work at multiple primary and secondary schools throughout 2006-2013. 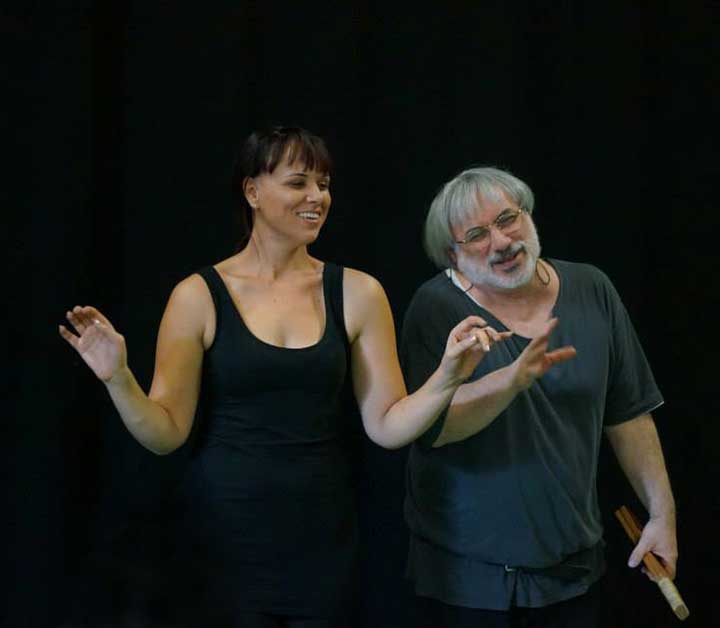 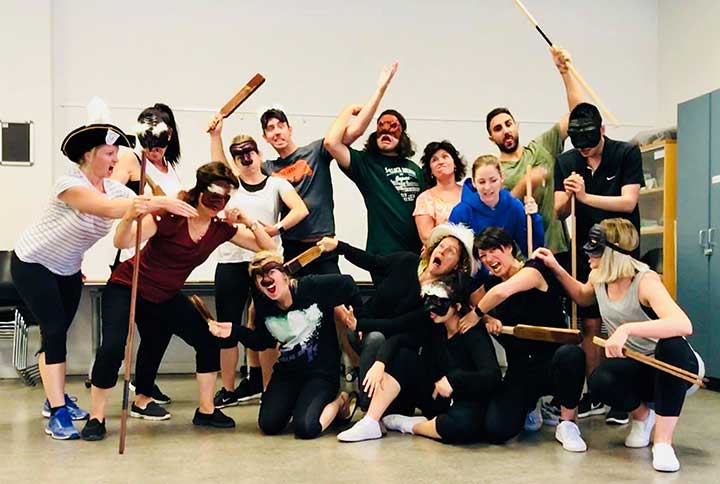 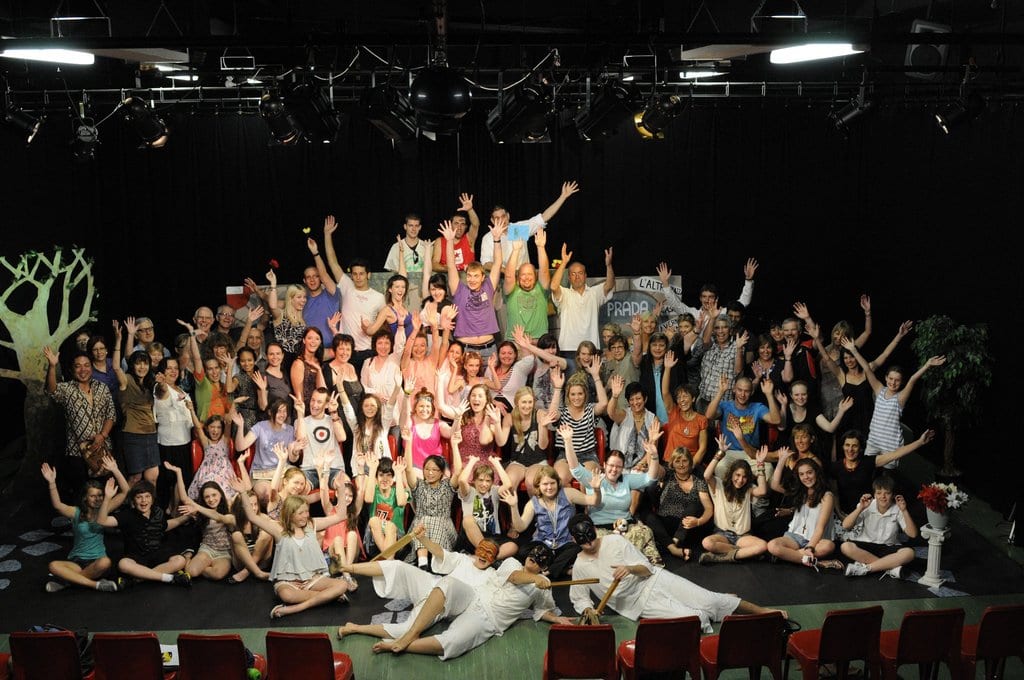 The Marriage of Flavio and Isabella, 2012, Adelaide Fringe Festival – just some of the audience helping us to celebrate World Commedia dell’Arte Day!

Along the way Corinna has also enjoyed great success as a performer, including a yearly performance season as part of the Youth Engagement Program at the Adelaide Fringe Festival.

She wanted to formalise her expertise, so she gained the qualification Bachelor of Media Arts (Honours) and was able to fast track this due to her considerable breadth of industry experience.

She earned an academic scholarship through University of South Australia and became the first ever student to do a practice-led PhD in the performing arts. Naturally, Corinna chose Commedia for her research topic and  created an artefact/exegesis on translating Commedia dell’Arte to suit a 21st century Australian context by using the Antonio Fava method.

One thing lead to another over the years and Corinna's colourful career has taken her all around the world as a performer and educator, including many years at UniSA where she continues to lecture in a range of courses in performing arts, media and communications. 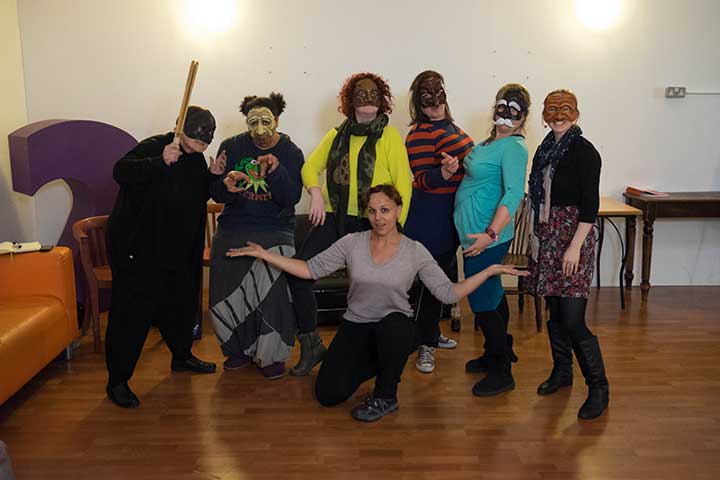 Corinna worked as a professional actor nationally and internationally for high profile companies such as Disney, Sudden Impact and Banksia Productions.

Corinna continues to publish widely in scholarly journals and books. Of particular interest, she has co-authored the article ‘Spitballing, slapstick, lazzi and improvisation: the benefits of practising Commedia dell’Arte in secondary schools’, in The European Journal of Humour Research (2015), the book chapter ‘You’re Doctor What? Contemporary challenges for creative arts research in a culture of binaries’, in Lived Experiences of Women in Academia (2018), and the article ‘Creative duoethnography: a collaborative methodology for arts research’, in Text (2019).

In recent years, Corinna explored using creative ways to adapt the performance process and became particularly interested in the question, ‘is there more to being an audience member than just sitting there in the dark?’ Commedia includes lots of audience interaction, so this led her to explore new ways of breaking down the fourth wall and interacting with the audience, but this time using Virtual Realty (VR). In 2018, she won a grant with UniSA School of Creative Industries to experiment ways of enhancing the audience experience using VR in live theatre. These discoveries led to an invitation to deliver a TEDx talk: “VR + Theatre = You as Hamlet” in 2019.

It was no surprise that the National Institute of Dramatic Arts in Sydney soon heard about Corinna and she has been guest lecturing on Commedia dell'Arte since 2019. This involves teaching at NIDA in Sydney or teaching remotely through interactive video conferencing with the students and other teachers.

What now for Corinna?

Corinna has absolutely loved bringing Commedia to Australia and around the world, and enjoys her workshops and performance styles being so well received, so she will continue this as part of her career.

But she also has a wealth of experience in other areas of the dramatic arts and is passionate about sharing the stage secrets of these genres as well as Commedia. Please see the Education section for available courses and workshops. 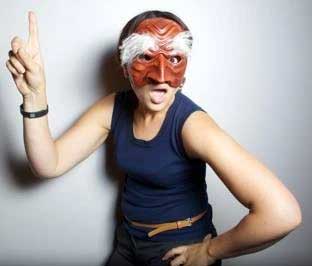 "Someone said that wisdom = knowledge + practice. This is exactly what you get when you let yourself experience one of Corinna’s workshops.” 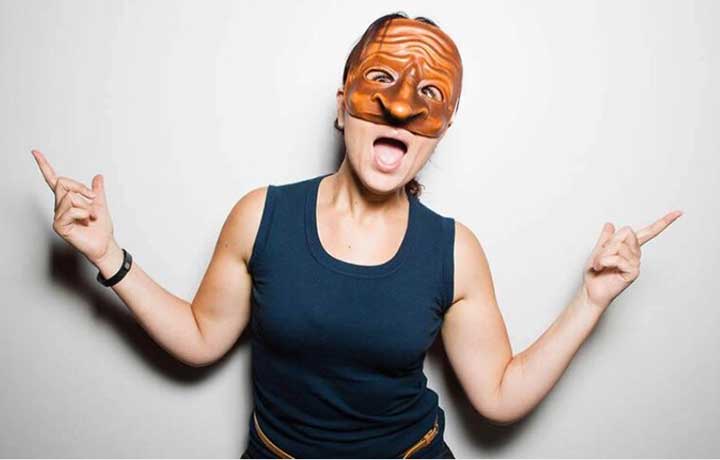 “Corinna’s approach to Commedia is very refreshing. Clearly she is well-researched.” 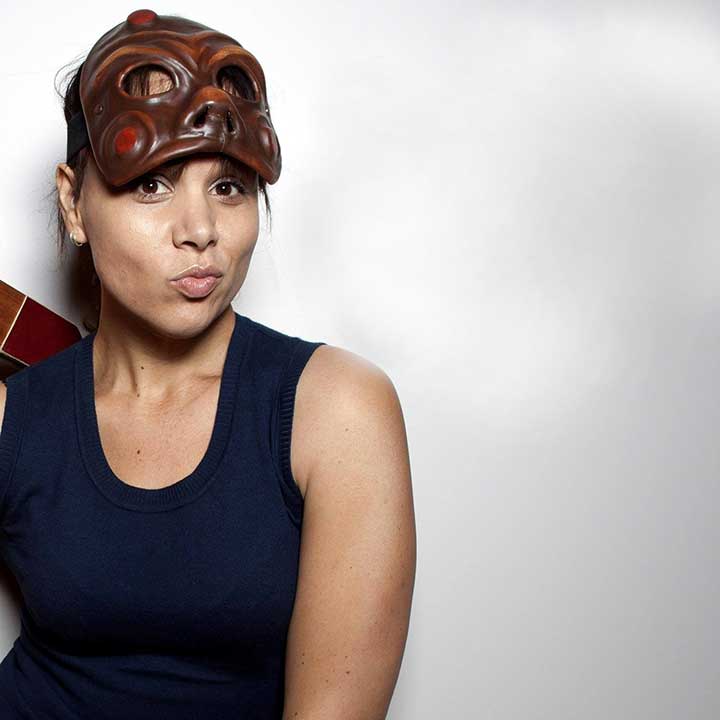 "The series of workshops were great in developing the characters of Commedia. The students gained real insight into the history, purpose and distinctive style of the performance form and their characters. Corinna's style was relaxed but focused.

She was easily accepted by the girls who gained so much. The physical skills in character, combat, lazzi and ensemble were taught in a really accessible way. Thank you again.” 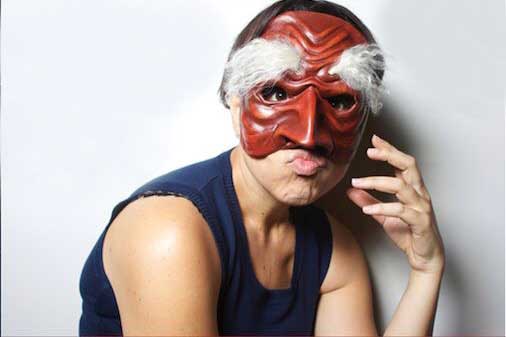 "The masterclass was tailored to our specific needs and picked up on where we were in our teaching program. Corinna quickly formed a rapport with our students, made them feel comfortable taking creative risks and building confidence in performing Commedia.

Corinna’s expert knowledge and passion for what she does is palpable and the students really fed off of that!” 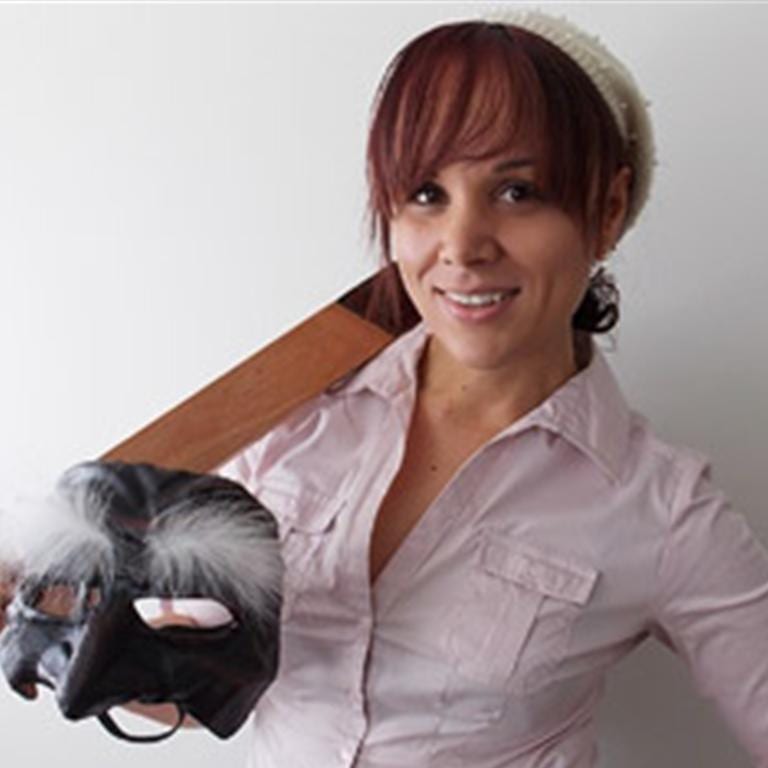 I found it very interesting and enjoyed learning all about the history of Commedia and the hierarchy and traits of the stock characters. I thought it would be a great drama unit to do with my year 6/7 students.

I arranged for Corinna to come to my school and do a workshop with them to get us started. My students loved it! Corinna’s expertise and passion for Commedia was evident and it certainly rubbed off on my students.

They are loving exploring the characters and creating their own lazzi - and are so keen, they are busily practising in their own time to perform for the whole school! Thanks Corinna!