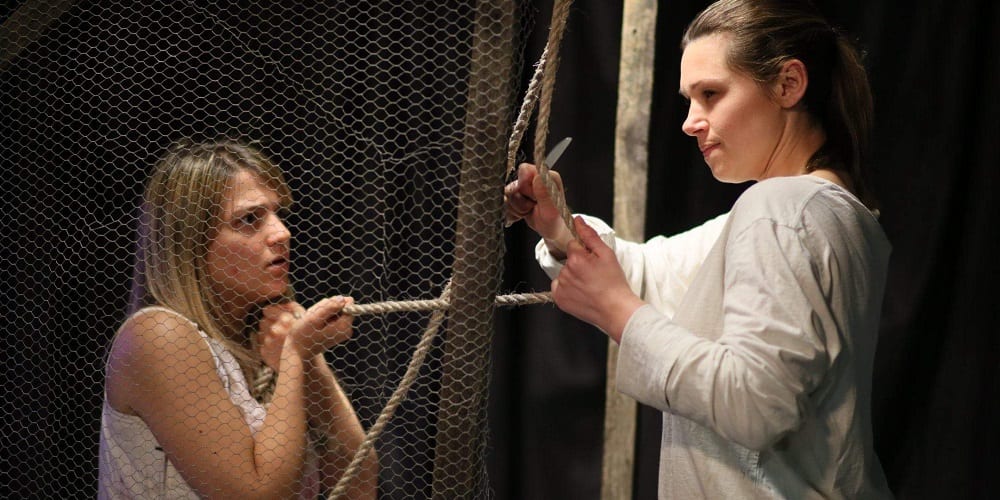 British playwright and theatre-maker, Geoff Gillham was renowned for his work in theatre-in-education (TIE). An art form sadly much ignored these days, TIE seeks to engage young people in theatre which encourages thought and discussion.

British playwright and theatre-maker, Geoff Gillham was renowned for his work in theatre-in-education (TIE). An art form sadly much ignored these days, TIE seeks to engage young people in theatre which encourages thought and discussion. Director and researcher Corinna Di Niro also believes in the power of TIE and has revived his play Bone Cage, as part of a recent conference held in Adelaide –Representation in the Arts of (in)visible Violence against Women and their Resistance.

As the audience comes into the room, they are aware of a large, rickety cage in the centre of the stage. A pile of rags sits at the bottom. Once they are seated a man appears, outside of the cage. It is some time before the pile of rags begins to move and a woman crawls out from under them. Thus begins dialogue between her and the man. Once the man falls asleep, another woman appears, seemingly from nowhere, and tries to help the caged woman. 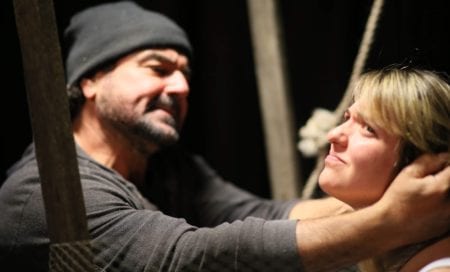 Like most TIE this is a short piece of theatre: around 30 minutes. In that time, actors Hannah Humzy, Robert Donnarumma and Suzanne Bleeze, present an intense and engaging work, with full commitment. One of the challenges with this type of theatre is that, having been written to encourage interpretation and discussion, the emotional and even sometimes the narrative, arcs are not clearly defined. The creative team has to present a clear and authentic work, yet leave much of its meaning open. This is difficult task, and one which Humzy, Donnarumma, Bleeze and Di Niro have executed extremely well.

As part of the conference, this performance led into an hour-long creative writing workshop. Out of that workshop came at least two solid pieces of writing, indicating the power of Bone Cage to evoke both discussion and response.

TIE is not just for school groups. As was shown at the conference, Bone Cage can be enjoyed and used by adult groups in areas as diverse as creative writing, violence against women, trauma, mental health, relationship counselling or theatre itself.

Bone Cage is available as a highly portable performance. 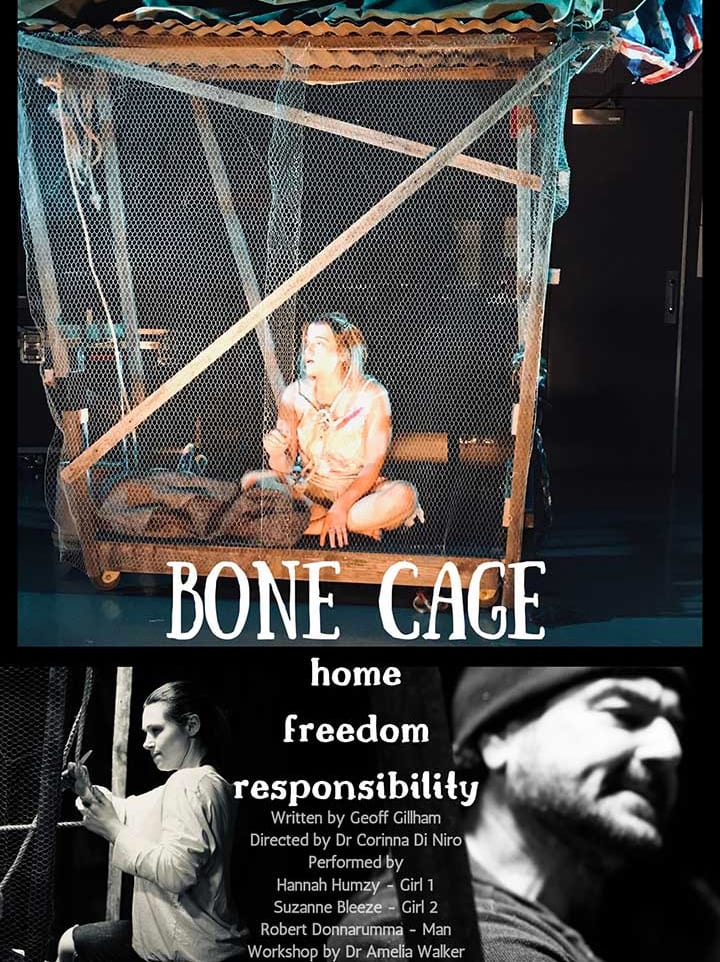