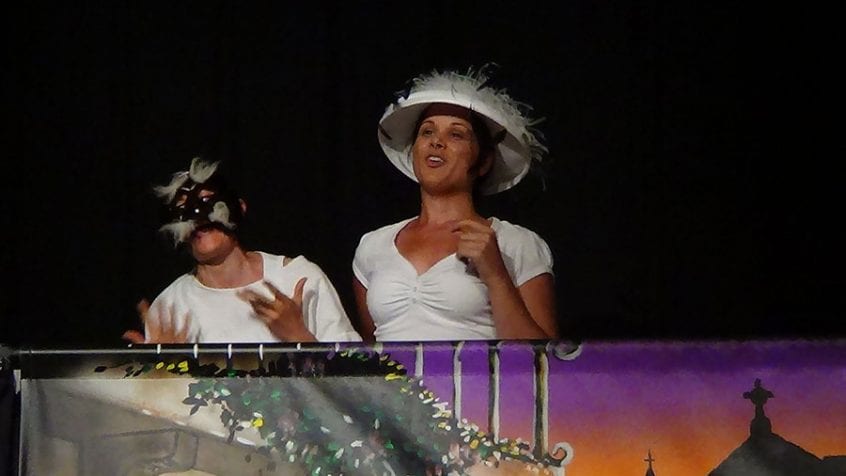 On the eve of the marriage between Flavio and Isabella, Flavio’s jealous ex-girlfriend, Filomena, interrupts the proceedings, with farcical results. As the servants Scapino and Arlecchinno make things worse with their bumbling antics, Isabella’s mother, Signora, cuckolds the father of the bride, the long-suffering Pantalone, with the swaggering Il Capitano.

Filled with slapstick, slip-ups, and delightful silliness, ‘The Marriage of Flavio and Isabella’ is a high-energy romp performed in the ancient Roman art of Commedia dell’Arte.

The show begins with the flamboyant and verbose servant Pedrolino announcing that it is the wedding day of Flavio and Isabella. Isabella is the daughter of the haughty Signora, and the oft-mocked Pantalone. The wedding plans are thrown into disarray when Filomena, an old flame of Flavio’s, shows up. Wretched and bent on revenge for having been passed over by Flavio, Filomena conspires to break up the lovers. Thanks to the foolish servants Scapino and Arlecchinno, Filomena’s plan to have Flavio leave Isabella does not come to fruition. However, through a miscommunication, the wedding is believed to have been shifted from Florence to Adelaide, sending Signora, who as part of a subplot was being wooed by the braggart Il Capitano, into a spin. As with all Commedia plays, eventually the truth is found out, and a resolution is reached. Filomena is banished once again, and with the exception of Pantalone, the archetype of the unhappy clown, everyone rejoices as the wedding of Flavio and Isabella finally gets underway.

All the characters are played by only three performers, but each performer has considerable skill in the arts of slapstick, mime and vaudeville. Cinzia Schincariol, who played the dual roles of Filomena and Isabella, is a bundle of energy, utilising every inch of her body to maximum effect. Corrina Di Niro was a crowd favourite as the proud Signora, and James Lainas was not only a very charismatic Il Capitano, but also got the most laughs with his mincing portrayal of Pedrolino. The blend of modern references and traditional clownery was also a hit with the audience; I personally however thought that the hi-jinks of the servants dragged on for a bit too long. In-jokes about Adelaide were popular because of the recognition factor, and as the show was interactive, volunteers were more than happy to play along. The set, designed to resemble a Florentine plaza, was very beautiful, and the actors filled the space effortlessly with their constant movement, but I can’t help but wonder if the play would have been more polished with some music. Special mention should also be made of the masks, exquisitely crafted in the Commedia style.

Di Niro, who is also the director, clearly has a passion for Commedia dell’Arte, and it is evident in ‘The Marriage of Flavio and Isabella’. The play follows the traditional Commedia structure, and the performers never lessen their manic pace, at once captivating and amusing the audience with their tomfoolery. A clever narrative keeps what could have been a cliché fresh and vibrant, and modern references kept the audience at ease with what is a rare and old art form. 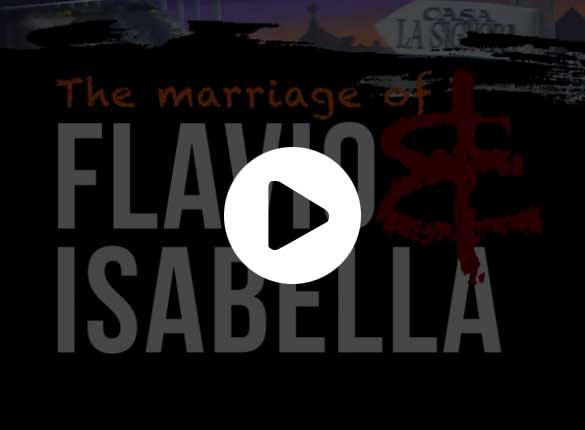 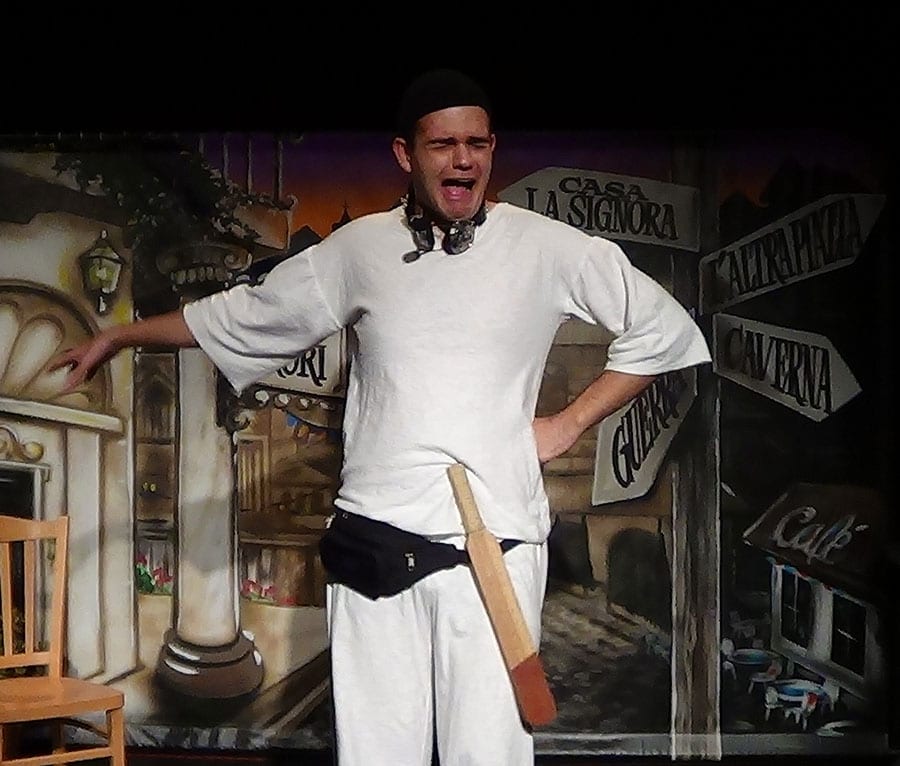