Commedia dell’Arte is the 16th century genre of theatre from Italy where characters such as Pantalone, Dottore, Il Capitano and Arlecchino reappear in performances showcasing human frailties in comic ways. 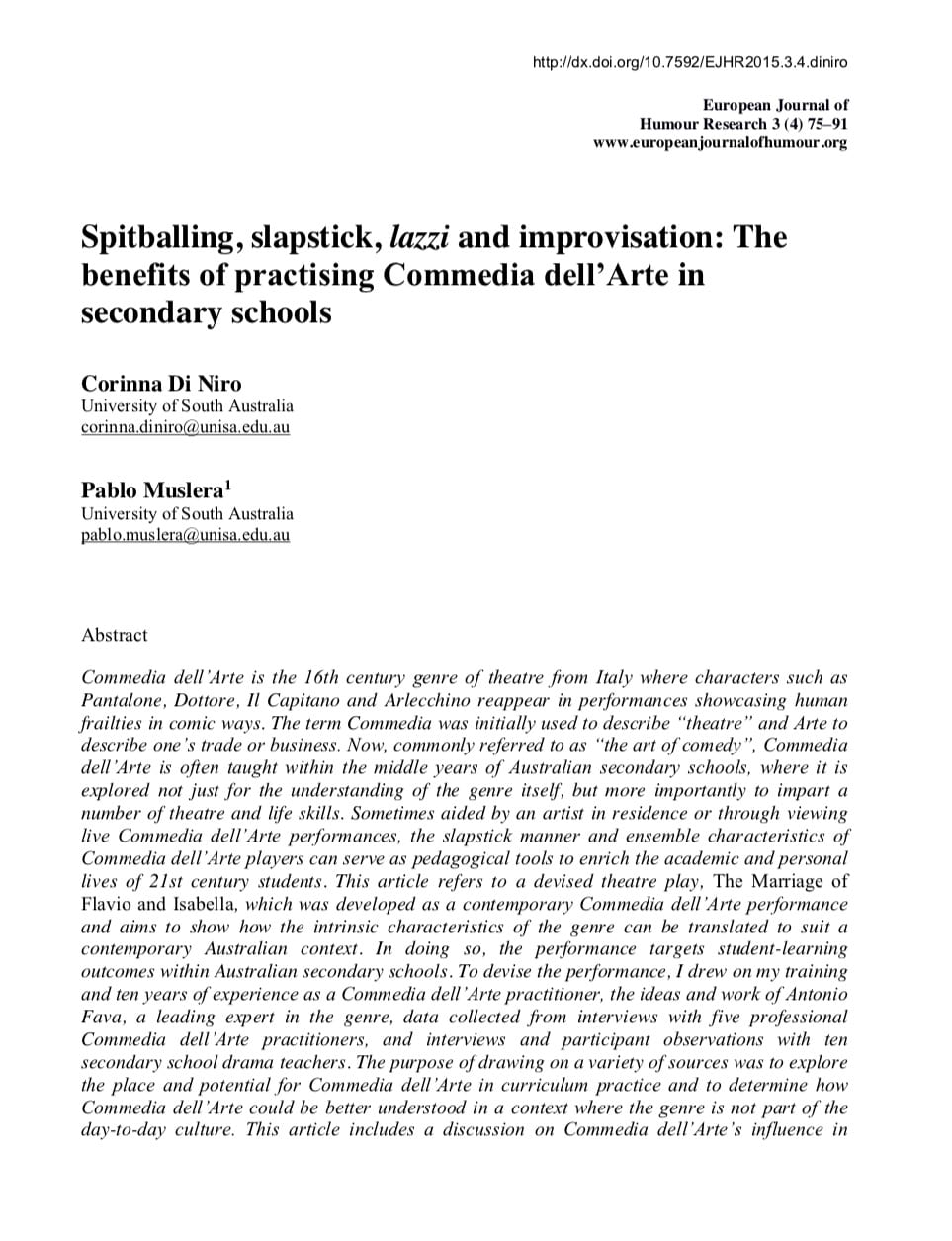 The term Commedia was initially used to describe “theatre” and Arte to describe one’s trade or business. Now, commonly referred to as “the art of comedy”, Commedia dell’Arte is often taught within the middle years of Australian secondary schools, where it is explored not just for the understanding of the genre itself, but more importantly to impart a number of theatre and life skills.

Sometimes aided by an artist in residence or through viewing live Commedia dell’Arte performances, the slapstick manner and ensemble characteristics of Commedia dell’Arte players can serve as pedagogical tools to enrich the academic and personal lives of 21st century students. This article refers to a devised theatre play, The Marriage of Flavio and Isabella, which was developed as a contemporary Commedia dell’Arte performance and aims to show how the intrinsic characteristics of the genre can be translated to suit a contemporary Australian context. In doing so, the performance targets student-learning outcomes within Australian secondary schools.